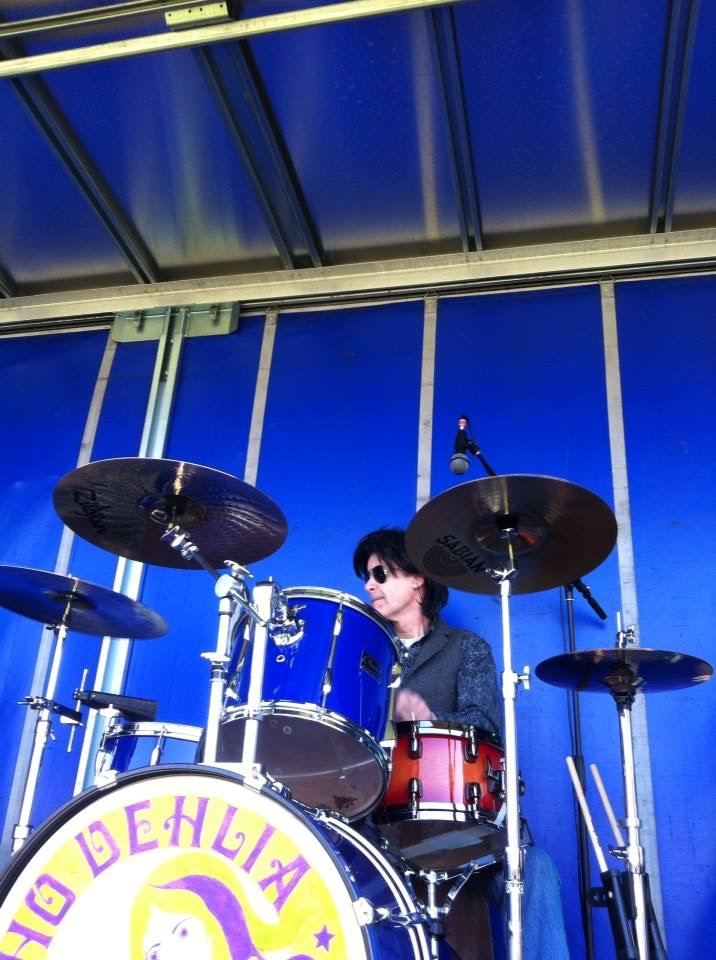 Randy has been in more bands than any one else in Psycho Dehlia.

He had the reputation of a hard rocker in his younger days and would trash any building that took his fancy. At gigs he was always accompanied by his pet sheep Jennifer, and at the end of a show he would roll off his drum riser onto Jennifer's soft woollen coat and crash out.

From 1984 onwards Jennifer mysteriously failed to appear at any further concerts. Rumour has it that one day, Randy was so spaced out he ordered a nice lamb curry while he was getting his hair cut. The hairdressers were so fearful of his reputation that a curry miraculously appeared at the same time Jennifer disappeared. Heartbroken, Randy now only eats raw vegetables and drinks tea. He wears synthetic clothing, and refuses to play Barbara Ann by the Beach Boys.

He joined Psycho Dehlia after serving Stondan and Dirk at the now legendary meeting at McDonald's in Tottenham Court Road, where he was working during a break between bands. 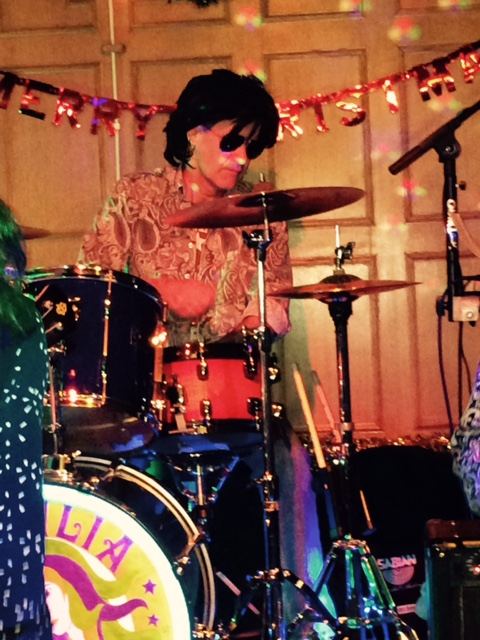 Equipment - Pearl Export four piece drum kit, modified slightly; with assorted Zildjian, Sabian, Istanbul cymbals
Influences -Rock, Jazz, Big Band, Opera, Classical - anything and everything I have ever listened to!
Previous Bands - I have been in 8 other bands
Favourite Food- Vegetable curry
Best Gig Ever Seen - Bootleg Beatles at Ipswich
Favourite Film - It's a Wonderful Life
Night In or Night Out - Night out with my wife or the band
Casual or Smart - Smart
Tea or Coffee - Tea
Apple or Android - Neither - fountain pen and paper please
Cats or Dogs - Sheep
How Many Countries Have You Visited - Can't remember
Phobias - Snakes
Favourite Song - Impossible to say
Most Difficult Song We Play - They are all difficult
Favourite Song We Play - Roadhouse Blues
Any Tattoos - None
Pet Hate - Rudeness 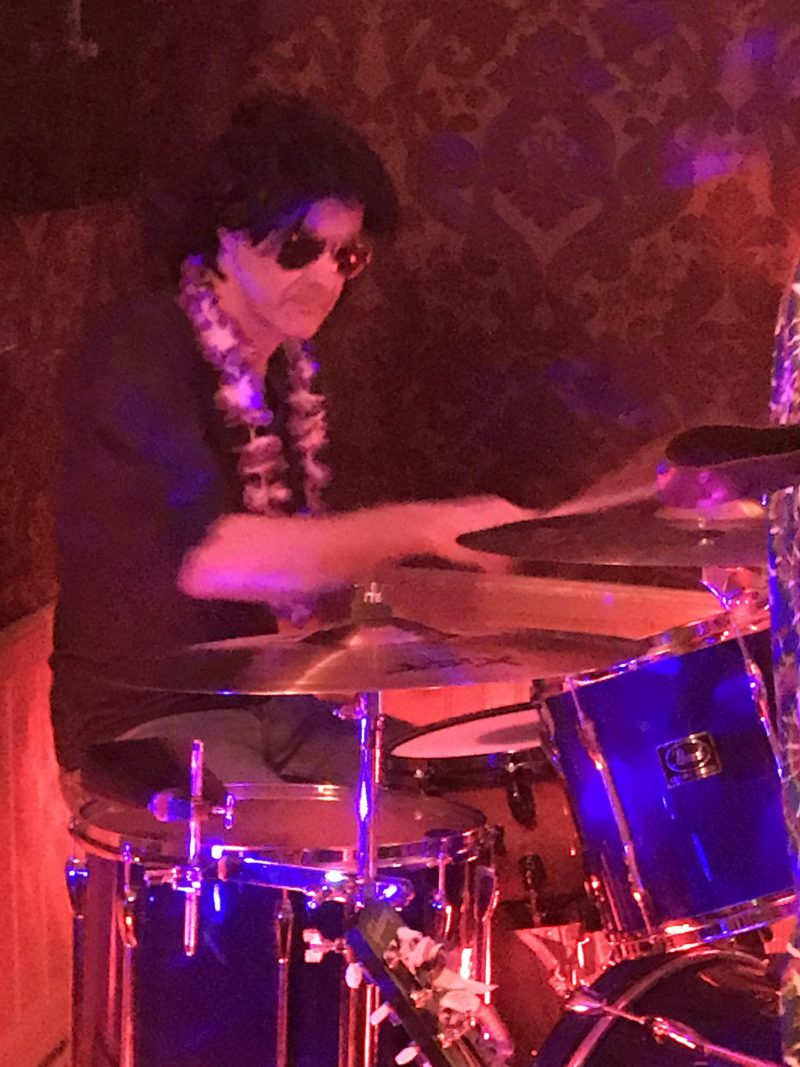 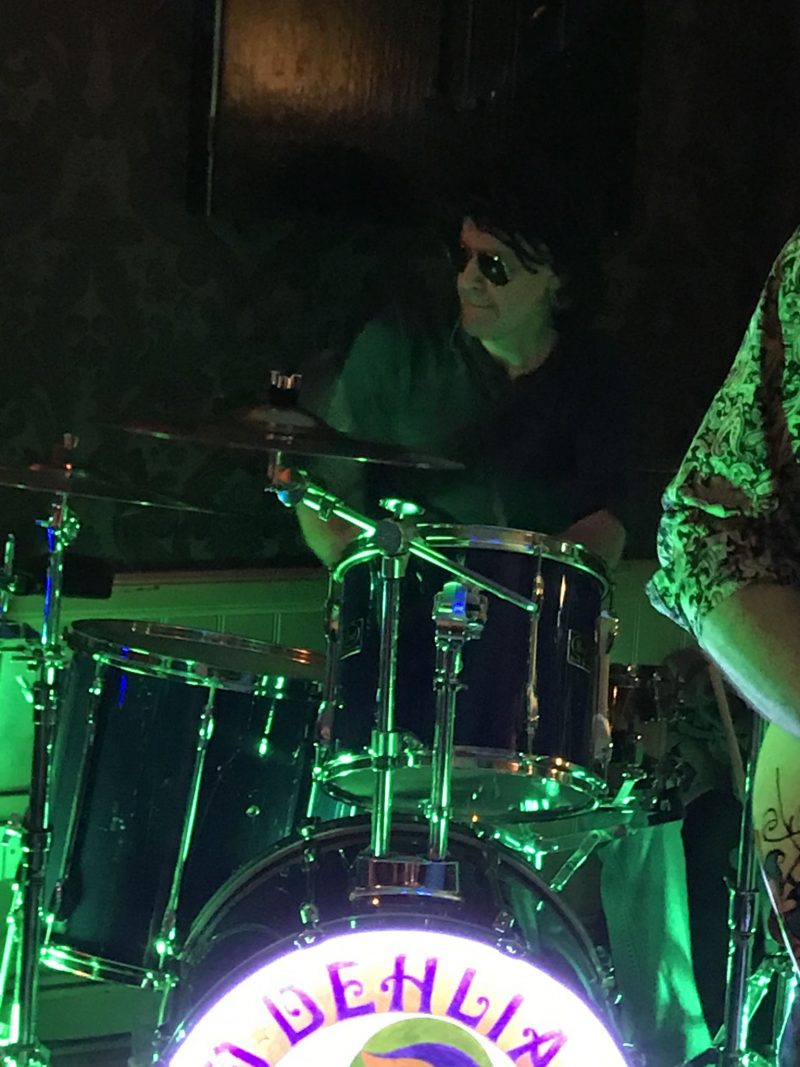 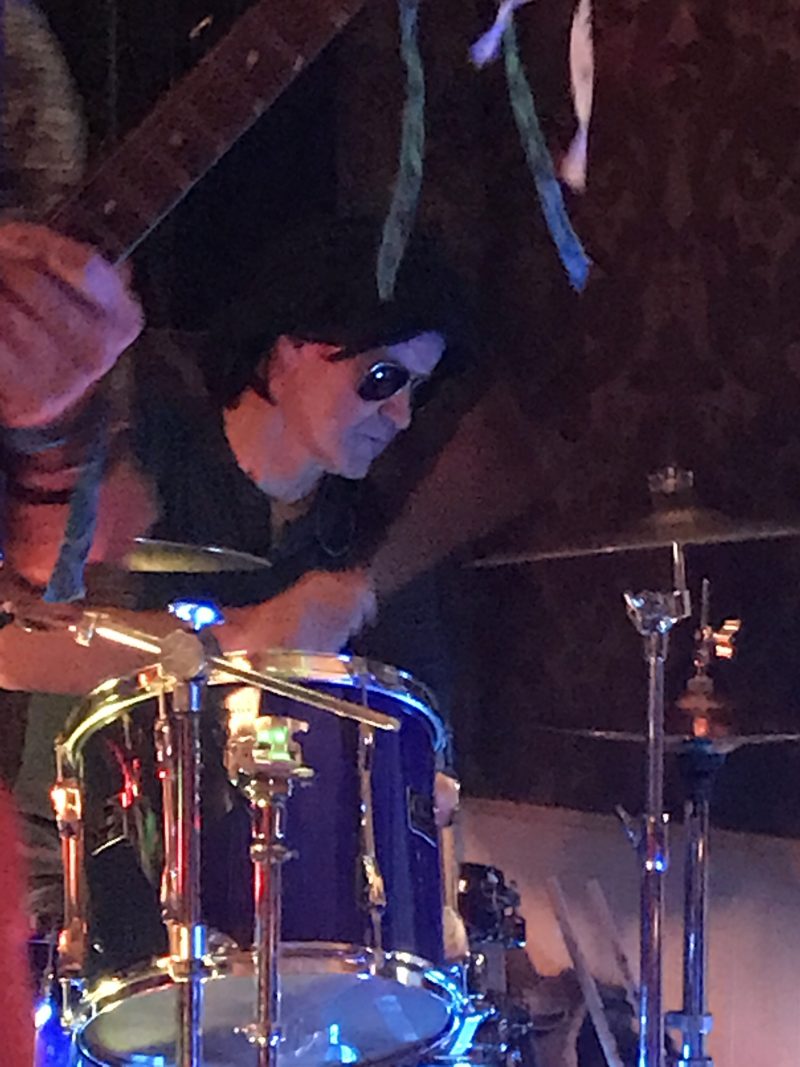