When the Psychos get their list of gigs for the year, they have a good look down the column and mark in RED, The Bay Horse.

It's always a blast and a big favourite.

Some pubs have music as an afterthought, with the Bay Horse it's in the forefront, people know that and come to see the bands, so there is always a great atmosphere and a brilliant crowd.

Add to that a fantastic team behind the bar and you have all the ingredients for a night to remember.

Thanks Charlie, for having us again and for the round of drinks. We love it! 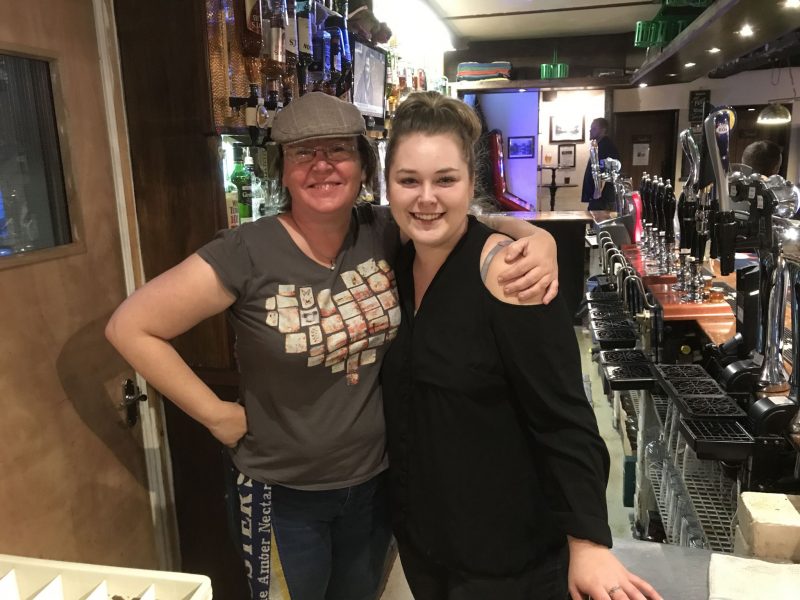 The setup didn't go to plan.

No one except Wiggy and Rudy arrived on time, Randy took top prize, bowling in 30  minutes after the agreed meet up time.

There will be some unpopular fines levied in the coming weeks.

Because of this, everything seemed rushed and when we got constant feedback from the monitors just before the sound check, things were a little strained as we bashed out Foxy Lady.

After that though, because The Bay Horse is such a great place to play, we settled down and the rest of the set went without incident. The highlights included the sing along during Hi Ho Silver Lining and Rudy and Randy's rhythm section engine room in Light My Fire, while Dirk's keyboard soared above everything else. 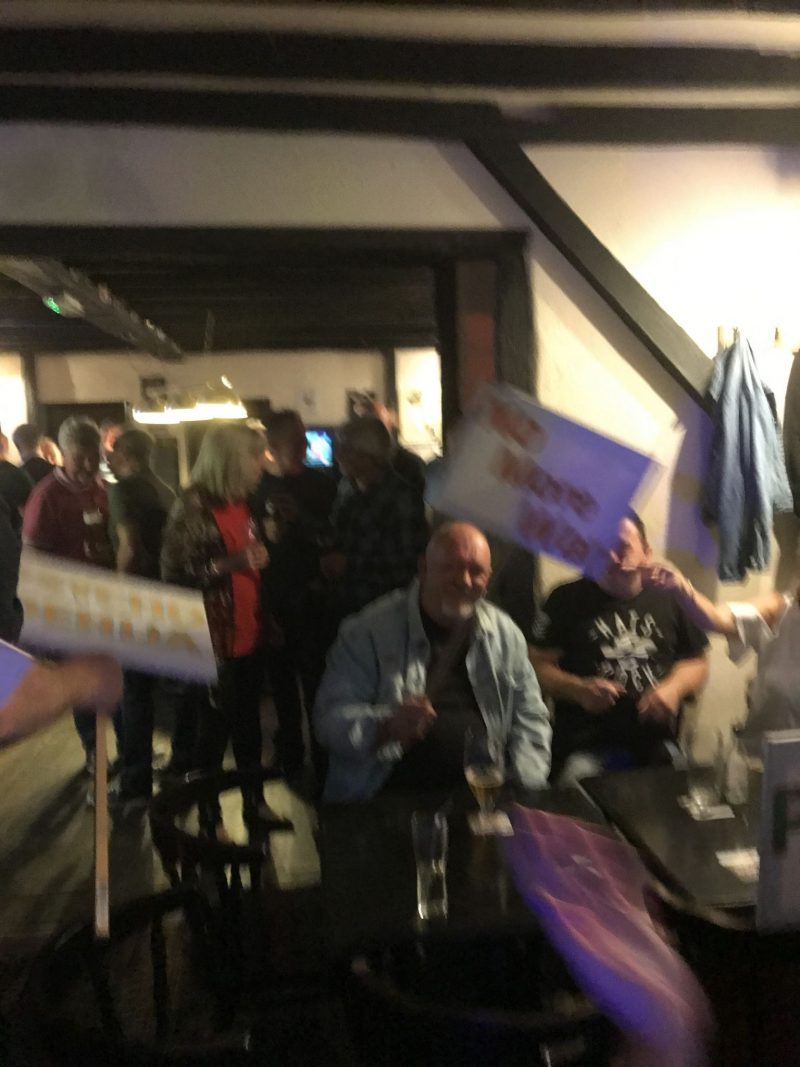 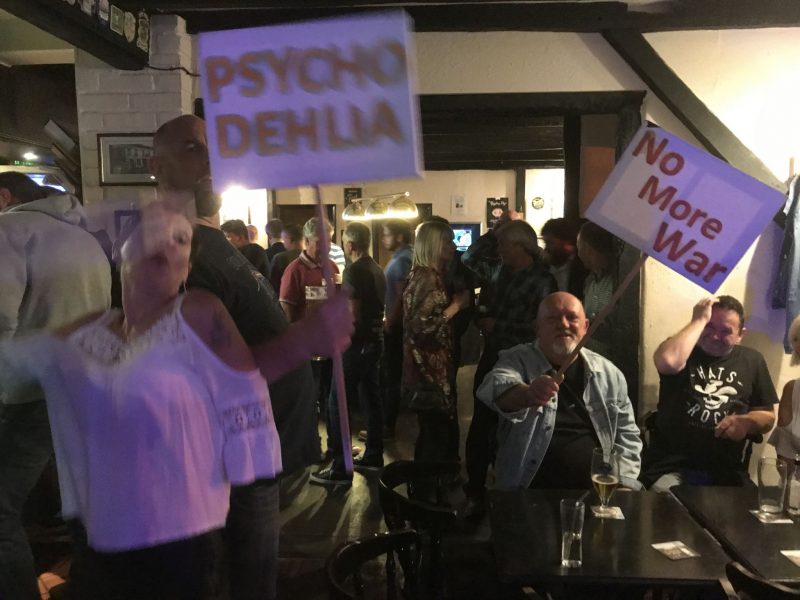 It was Set Two when things really started to happen.

The set always begins with the gentle 'For What It's Worth' and we have a banner waving protest at the end of the song and that's it....... usually.

The Bay Horse crowd had other ideas and used the placards as paddles in 'Hawaii Five O,' guitars in 'All Along the Watch Tower' and as pugile sticks, like something out of Gladiators, during 'Brown Sugar'. The poor old LOVE banner could take no more and promptly fell to pieces - Stondan, with his previous carpentry experience, said he would fix it though.

Now, while all this was going on you could see Floyd taking surreptitious glances at Stondan's new wireless guitar. His eyes turning green with envy behind his sunglasses. Every time Stondan took a step into the audience, Floyd had to take one as well, but a little further. Finally Stondan let rip with his solo in Born to be Wild while straddling the monitor speaker. It was all too much for Floyd, who jumped onto a bar stool behind a certain young lady in tight leather trousers and rode a high-chair Harley with her. (The motorbike appeared to be going over some very bumpy ground!)

Not content with this, he then leapt (well climbed) onto a chair with his tambourine. Remember, Floyd has never played a gig sober so you will understand why the bar staff were looking a little concerned as the chair rocked back and forth to the music. That Floyd somehow got down and made it back to the stage, is probably the best evidence for the existence of God there has ever been and for some reason (God knows why!) he is watching over Floyd. Rudy just shook his head in a very disgusted manner.

Then that was it, all over, the Stones and Roll Over Beethoven to finish - what a great place to play and what a great crowd. We can't wait till November. 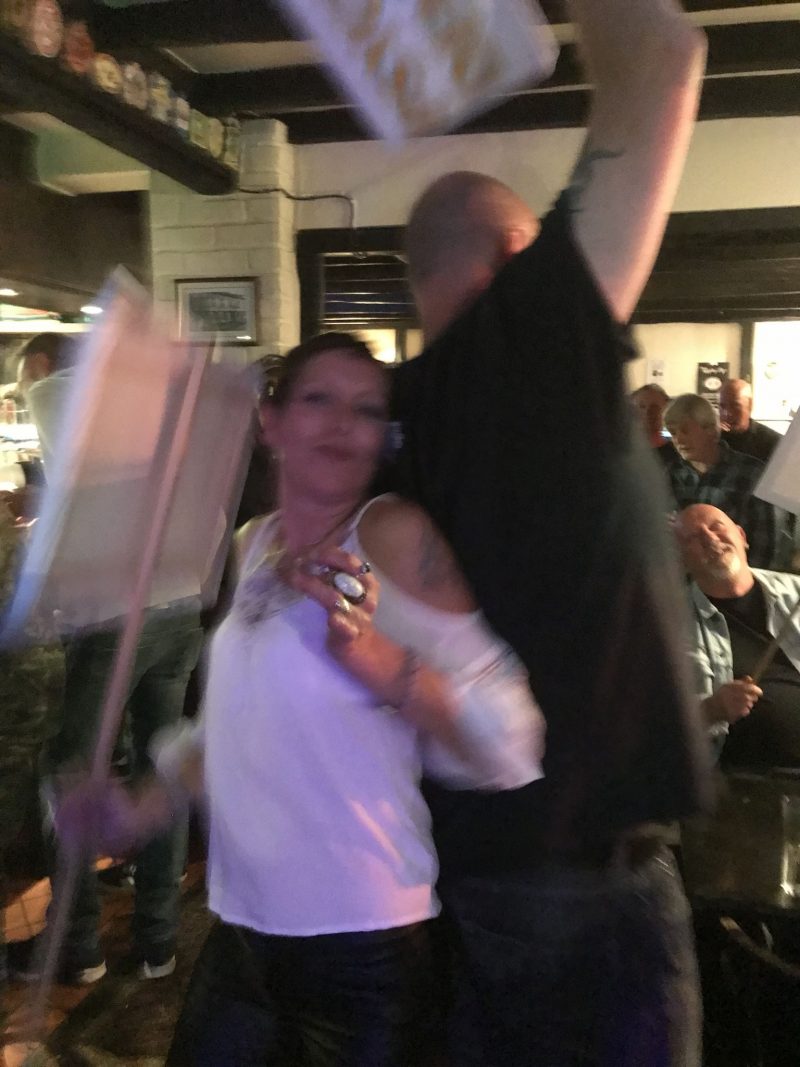 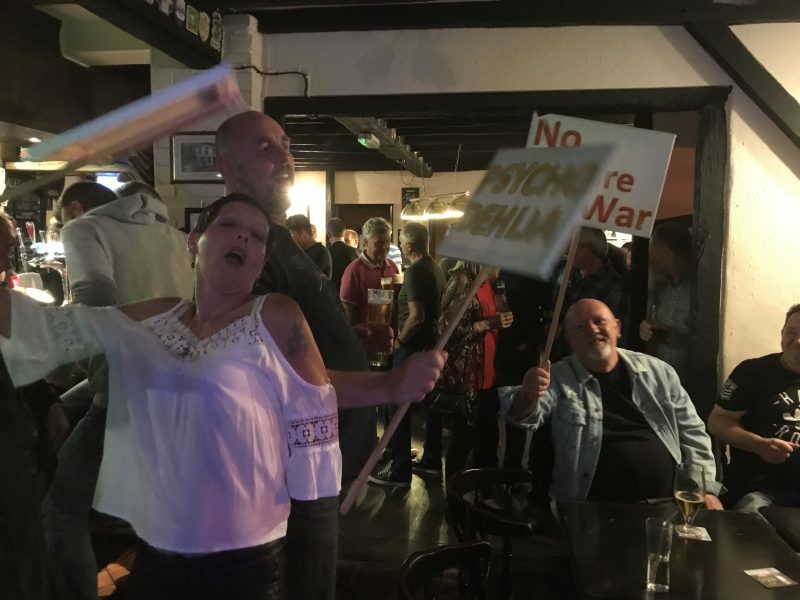